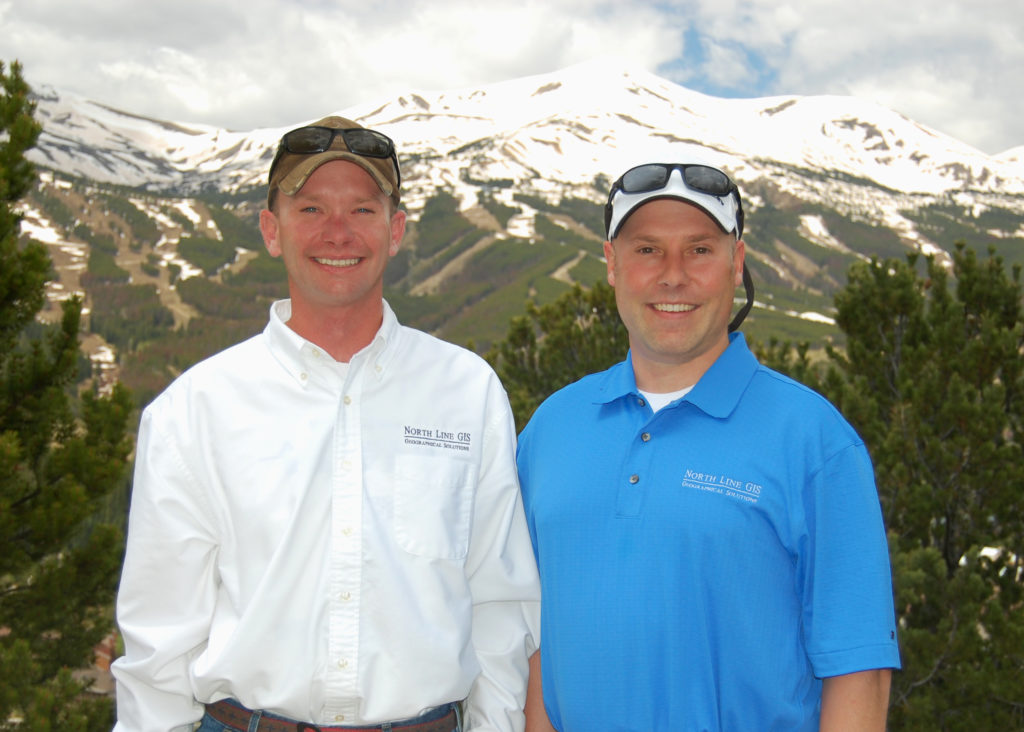 North Line GIS was founded in October 2006 by Mike George and Trip McLaughlin after seeing a need for a GIS business to service the needs of the local community as well as the western slope of Colorado. Both Mike and Trip were employed full-time by others at the time of the start-up, so they were able to start the company with personal funds while building the business.

Although both founders have extensive experience as geographers, they needed assistance with ideas for managing and growing the business. After researching available resources, they contacted the SBDC to help them strategize about growing the company. The SBDC director helped them to modify their business plan including identifying metrics crucial to measuring their business success as they worked toward their goals.

In less than six months since the initial contact with the SBDC, Trip is now working full-time with North Line GIS and the company hired three more part-time employees to assist with the work being generated by Trip and Mike.

“We look forward to the opportunities ahead of us and the resources available from the SBDC to help us move forward.” Trip McLaughlin 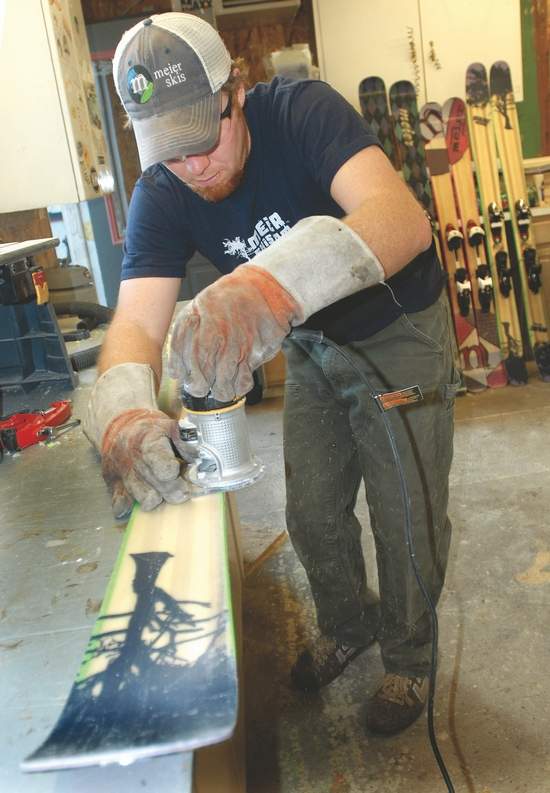 “The whole idea is to keep it as local as possible,” says Matt Cudmore who started Meier Skis in 2009. “We emphasize home-grown, local wood and a product coming right out of Glenwood Springs.”

Matt, who had been making skateboards for several years, began making the skis using primarily Colorado-grown beetle kill pine, working in a one-car garage. As the story goes, he gave up searching for “the next perfect ski” and decided to build them himself. He now uses a variety of wood from around the Roaring Fork Valley and Grand Mesa, including aspen, poplar, maple, pine and Douglas fir.

Matt got set up with the Northwest SBDC and says, “Roaring Fork Business Resource Center offered the Leading Edge Course, and as a start-up, I decided to take this as I hoped it would provide the insight my small business venture would require. Between the course and the mentoring provided by the SBDC, it did just that. This class has taken me and my ski manufacturing business, Meier Skis, from 0mph to 60mph.”

In the three years since he started Meier Skies, Matt Cudmore has filled between 30 and 40 orders per year. He said he’s on track to sell about 60 pairs of skis this season, and is targeting upwards of 150 sales in future years.

The majority of Meier Ski sales have been to locals, though some Internet sales have come from Montana, where Cudmore’s sister lives. He’s also sold skis to friends in Idaho.

“We’re still pretty focused on marketing to locals, but I’d like to get the name out in California and some other states, maybe next year.” Matt Cudmore 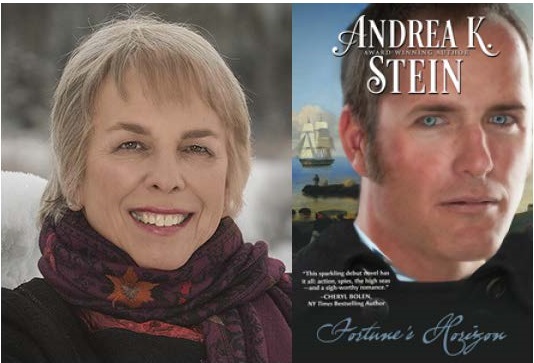 A lot has happened for Andrea Stein since she launched Muirgen Publishing, LLC, in 2014. Her first award-winning self-published novel came out February 10, 2015, with three more novels and a boxed set scheduled throughout the rest of the year. “Fortune’s Horizon” is currently available in both ebook and paperback formats from Amazon.

The path to publishing did not come without reaching out for assistance from a variety of professionals. “After I researched the ins and outs of book reviewers, blog tours, etc., I realized I needed help. I know I can’t do everything,” Andrea said. With the help of Laura Johnson of the SBDC Marketing Strategies, business lawyer Kent Willis, website designer Terry Pappy, and online romance publicist Danielle Barclay of Barclay Publicity, she has a great plan to move forward.

She writes as Andrea K. Stein and can be reached through her website, www.andreakstein.com; Facebook/authorandreakstein; or Twitter – @andreakstein 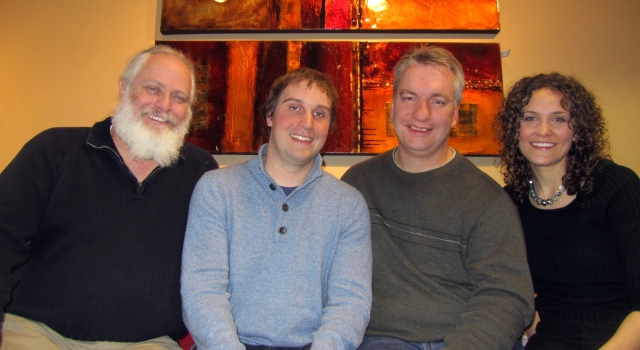 A failing national economy, an iffy local tourist industry, businesses being extremely conservative with their marketing dollars…Imagine That Creative, Inc. faced all these obstacles when it opened its doors for business in August of 2008. “We really questioned the wisdom of starting a new business given the local and national economies,” said Eric Ojala, Customer Service and Sales Director.

Imagine That Creative is a business-to-business company offering Web and marketing services to small businesses in the mountain resort areas of central Colorado. It started as a Web company, limited to building websites for small businesses in Summit County.

“One of our clients suggested we contact the SBDC and get some help thinking through the growth of our business,” said Jeff McElhattan, Marketing Director.

Tom Fellner, CEO and Creative Director states, “The SBDC has become a very important part of our business. It provides more than just a one-time counseling session; we use the SBDC to help us process major decisions. The wisdom and experience the SBCD brings to the table has helped us avoid doing some negative things as well as understanding the positive things we need to do. We don’t make major decisions without consulting the SBDC first.”

In spite of all the external factors working against a new business startup, Imagine That Creative is doing well. It currently employs two part-time employees and will be adding a fulltime employee in 2011. “We are in the business-growth business; the SBDC has helped us grow so we can serve our clients better.” 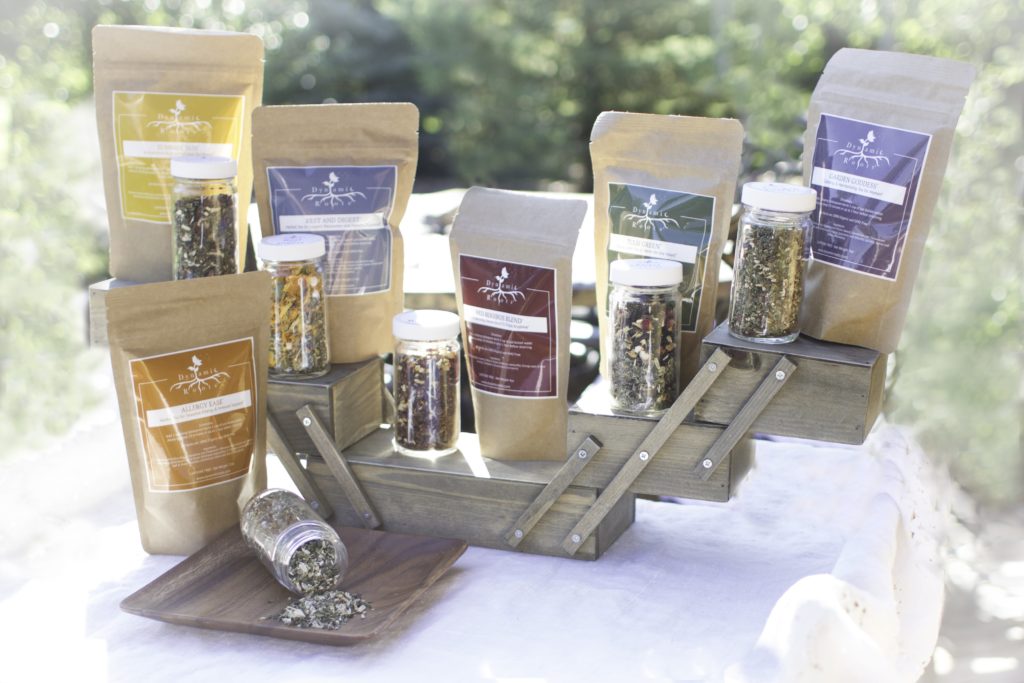 Dynamic Roots began laying down roots in 2013 with the SBDC. Dynamic Roots was inspired by 3 very passionate Rocky Mountain herbalists with the goal to grow, teach and share handcrafted herbal remedies that truly work! We now have over 40 products ready for market, a healthy membership, a distributors wait list and impressive first 2 years of sales. The SBDC helped facilitate taking our creative excitement and manifesting it into a business to be very excited about! Now that takes experience, fortitude, patience and dedication. And this is what we have seen and grown from.

The SBDC continues to be instrumental in our foundational strength and future growth. And it’s fun! We have benefited tremendously from the SBDC in the following key areas of development:

Based in Carbondale and Nederland, CO, Dynamic Roots has seen sales grow 6x, dozens of product formulations go to market and we are growing by leaps and bounds. We are so grateful and look forward to our continued work with SBDC!

Get relevant news, resources and updates regarding small business delivered to your inbox.

Looking for financial support?
Starting a business?
We're here for you.